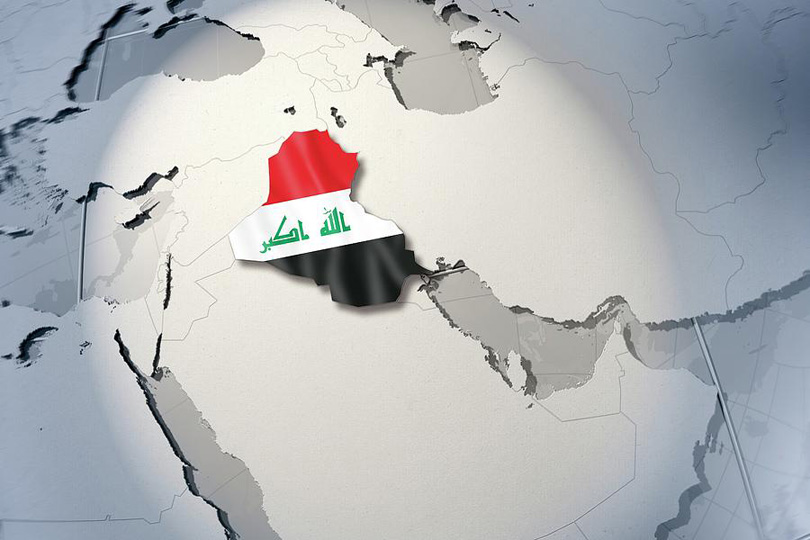 Director of the Center for strategic studies

At the 30th Arab League Summit held in Tunisia on Sunday, March 31, 2019, Iraqi President Barham Salih said: “The basic principle of Iraq’s international relations, especially its relations with Islamic neighbors, and it’s depth and extent of the Arab, is the principle of joint action with all on the basis of peoples and countries interests, Iraq aspires to a promising role to be a point of meeting not confrontation ,we will not be part of any axis, but we will be in the forefront of any effort to consolidate peace and development and think of an advanced  and fair future for all.

“We want the advanced and developed relations between Iraq and Iran to be an example advanced relations between the countries of the region, Iraq, seeks to expand its relations with Kuwait, Saudi Arabia, Turkey, Syria, Egypt, Qatar and others … We are working hard to lay the bases of peace and the right relations, and the disputes are always resolved by political ways , not armed ways ” Iraqi Prime Minister Adel Abdul Mahdi said during a meeting with Iranian President Hassan Rowhani on Saturday, April 6, then he repeated this orientation when he met Supreme Leader Ali Khamenei on the same day and said “The approach of the Iraqi government is based on strengthening the common interests and enhancing the chances of cooperation with all the neighboring countries, and not to being a member of an axis at the expense of any state and reject the policy of axes”.

This regional and international orientation in foreign policy shows maturity and a correct perception, of the geostrategic value of Iraq in the Middle East and the world after more than three decades of confusion and lack of wisdom compass for the Iraqi decision-maker, Iraq has a huge cultural legacy that enable it to have a large soft power that can be positively employed to influence the choices of its neighbors for its own and the region’s interest. As well as its unique geopolitical location, huge wealth, and a vibrant and motivated people … all of these are potential capabilities that can be established to a comprehensive development leading the country to take the place of multi-dimensional leadership in the Middle East.

But the problem of Iraq was and continue represented by its lack of political leadership who’s aware of its volume and importance, and has a strategic vision to invest all its abilities to build a modern state leads its region towards development and civilization growth.

The new foreign policy of the presidency and the premiership in Iraq today represented a continuity of the policy established by the former government led by Haider al-Abadi, but more effectively and deeply which refers to a very positive indicators for the start of the recovery phase of the Iraqi state, Its outcomes were large and prominent, despite the short duration, reflected the return of Baghdad to become a cornerstone for convergence and regional dialogue, through visits of officials and regional and international decision-makers. As well as the race for everyone to conclude agreements of mutual interests, and perhaps also make Baghdad – a favorite table for dialogue and address regional and international crises that invest Iraq as an indispensable diplomatic bridge.

To ​​succeed in achieving its objectives the foreign policy of Iraq needs to continue in this  beneficial  path to all through ensuring balanced neutrality, clarity in the foreign national constants, possessing the negotiating skill, admissibility of the people representing Iraq in the Ministry of Foreign Affairs and official delegations, as well as the active role of  Iraqi embassies and consulates in keeping with their country’s new directions in influencing the policy of the foreign countries in which they operate.

effectiveness to overcome the inherited and urgent, whether it’s  intentional or come as a result of the nature of international interactions, the ways of returning Iraq to its international and regional status not paved completely, some bumpy and full of thorns and need effort, patience and wisdom to deal with, most notably: The Iranian-Saudi conflict, the American-Iranian conflict, The Israeli-Middle East role, Arab-Arab conflicts, and the resulting visible and hidden support for terrorism and proxy wars on the external level, but on the internal level another obstacles will undermine and weaken Iraqi foreign policy, most notably: the absence of comprehensive strategy for economical development, blocks political conflict, administrative and financial corruption, And the backwardness and laxity of state institutions, inconsistency of leadership and control unit  in the security and military hardware, and armed manifestations outside the hands of the state, the problem of relationship between Baghdad and Kurdistan Region, The weakness of the law enforcement authority, the rampant unemployment, the deterioration of the infrastructure, and the lack of trust between the government and the people… and others,  all of which are real challenges that cannot be ignored, or perceived lack of impact on the efficiency and effectiveness of Iraq in its foreign policy. The foreign political power of any country is a reflection of the strength, durability and cohesion of the internal environment, on the one hand, and the reality of relations and balance of power and the prevailing factors in its external environment, on the other hand.

Indeed there is  a great obstacles in Iraq’s new foreign policy, but overcoming it is not impossible, especially as almost all governments in the region are in a new phase, desiring to have a rest after suffering of plots, Counter-terrorism and proxy wars, international extortion, internal conflicts and massive arms deals makes  the Iraqi  current circumstance after it emerged coherent at the geographical and popular level at least, an appropriate circumstance to play an effective regional and international role in bringing together the countries of the region, protecting its supreme interests, and stabilizing and maintaining the state of peace and stability that followed the victory over the terrorist organizations.

It is time that Iraq needs wisdom, not rashness and urgency, and a great statesmen are not seeking to get authority advantage, acting in the logic of the state, not the logic of sect, religion and ethnicity… Therefore, while he is following the policy of external openness to all parties have to choose freely regional and international alliances in order to achieve its supreme interests, without subordinating the dictates of others. And to have a solid, united, independent and conscious political will invest this circumstance successfully, without this will, current stage of external openness will be just a fighter break, and a pulse from all sides to begin after a new phase of relapse, the consequences of which are disastrous for all, but its greater victim will be the interest of Iraq and its people.