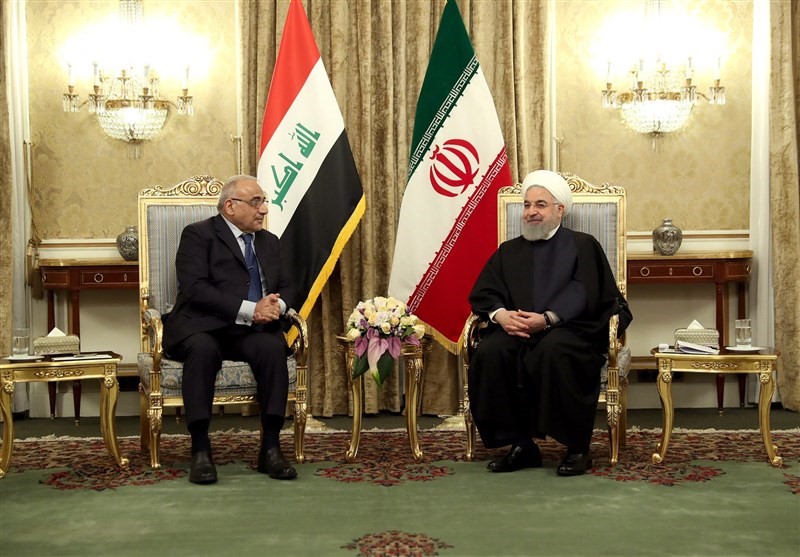 After U.S invasion Iraq on 2003 and political change, we can say that Iraqi – Iranian relations is not equivalent between two countries. The first (Iran) one of the regional actors and it has role  and direct influence in middle east crises in Syria, Iraq, Lebanon and Yemen, while it suffers from many economics and social problems and more importantly, the political regime suffers from a legitimate crisis, as many Iranians believe that, especially with Iranian interference in regional affairs. Also, Iran being one of the regional conflict and geopolitical competition parties. Second, Iraq has become – for reasons related with weak institutions and security, political and economic crises – area for these conflict. Thus, the regional and international conflict parties hide many issues that express their interests in dealing with Iraq more deeply than what are announced in the diplomatically dealing.

Policy-makers and political parties in Iraq have their own perception about the conflict and the nature of opposing positions (interests) between its parties, but they don’t realize of the regional and international equation that governing the relations among the countries of the region. So, the influential political parties are divided in support the interests of regional actors such as Iran, Saudi Arabia and Turkey. As well as, the international and regional state are dealing with Iraqi political parties and decision-makers haven’t understanding of state-building and national vision under a complex regional situation. As a result, Iraq has became a field of negative influence.

President of the republic Barham Salih and Iraqi parliament speaker Mohammed Al-Halbousi had been visited  several states in middle east, including Iran, and wanted to confirm that Iraq wants development the  relations with its neighbors and seeks to be based on mutual and common interests. But this is not enough especially with the Trump administration moved to isolate Tehran economically and undercut its power across the Middle East and the decision of Trump’s administration ends all exemptions to some countries to import Iran’s oil and set to expire on May2, 2019.

In indeed, Iraqi political parties should to creation a national vision and project for state building for leading to create a new scope to management a foreign relations and foreign policy of Iraq with international community units especially with middle east countries – area of conflicts and geopolitical rivalry – included Iran.

Iran – as influential actor in the regional crises in Iraq, Syria, Lebanon, and Yemen – is in a rising tension with United states and perhaps with some European countries such as French because of ballistic missiles. On other hand, Iraq is one of the important field of the roles and influence conflict between Tehran and Washington. Also, Iraq has relation with several dimensions with Iran including geography, historically and Religiously. And it has a strategic interests with United States within a strategic framework agreement 2008. So, Iraqi government need to determine a new foreign policy behavior towards Iran and Iranian positions about middle east crisis.

Politically, Iraqi government and political parties should confirms and enhancing the regional strategic interests of Iraq. They should  prompt  of Iranian decisions-makers and institutions to deal with Iraq as a partner not as a follower. However, Iraq should be have a clear position about U.S sanctions on Iran and that U.S – Iraq relations are the main determine in make of this position.

Iraq can play an important role in achieving of geopolitical convergence between the conflicting and competing regional powers. So. It need to be neutral about the region’s crises.

Accordingly, on the economic level, it is necessary to develop a new framework for economic relations with Iran that is consistent with economic development policies and laws such as the poverty reduction strategy 2018- 2022 and private sector development strategy 2014-2030 and law of national product and consumer protection,…etc.

Iran should be realize that Iraq seeks to rebuilding of institutions that destroyed because of wars, sanctions and valiance. Also, It is important that Iran deals with Iraq through its constitutional authorities and institutions not through non-governmental actors. Iran’s vision of the national security must change and a regional security cannot be a part of Iranian national security. The region includes several countries included Iraq, and each of them has own vision of a national security according of the strategic interests. In other word, each of these countries adopts a strategic interests as a national constants in  foreign policy and the international relations. Iraqi Political parties in Council of Representatives and Iraqi government should achieve political consensus on those interests to be ruling the relations with Iran.

U.S secretary of state Mike Pompeo’s visit to Baghdad on May 8, asked the government to make Iraq an independent state in its political, economic and security decisions and asked the government to have a clear attitude from the U.S – Iranian tensions and threats. I think Iraq is in a position cannot be against either Tehran nor Washington, but it can benefit from its relations with the United States according to commitments of the strategic framework agreement and the security agreement and strengthen of political, economic and security cooperation as happened in the fight against Al-Qaeda and ISIS.