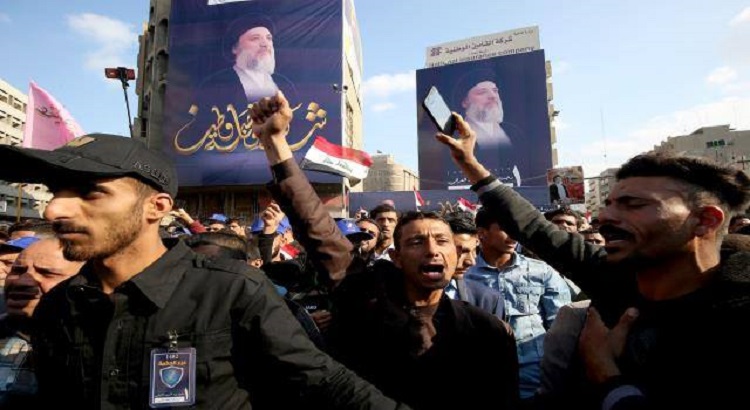 Iraqi political regime depended the parliamentary system which means that the executive branch has the direct and indirect support of the parliament. After 2003 and four legislative elections, there was no political apposition in council of representatives. Surely some opposition positions have emerged on government policies and the behavior of some political blocs but have not produced political opposition during this period. In other words, there isn’t political blocs against the government because all of them participated in formation of the government.

In the political regimes, there are a large parliamentary bloc form the government. After legislative election May 2018, there was not a large parliamentary bloc because of the political conflicts. Therefore, all of competing parties agreed to appoint Adel Abdul Mahdi to form a government. This agreement is a violation of the Iraqi constitution 2005 (article no. 76). In June16, 2019, the National Wisdom Movement, led by Ammar al-Hakim, announced the adoption of the opposition option to the government and this announcement has several political and media objections.

Actually, the announcement was very late and came after months of government formation. As well as, National Wisdom participated in the formation of the government by nomination of some ministers and vote for the government in the House of Representatives. Likewise, the reform movement led by former prime minister Haider al-Abadi has declared himself a reformist opposition t government in same time it participated in the formation of the government also. The alliance of Sa’urun, supported by the leader of the Sadrist movement Moqtada al-Sadr, threatened the option of opposition. All of them- in addition to some of Sunni political parties – formed the Alliance for Reform and Reconstruction that included more than  170 members and agreed to appoint Ammar al-Hakim as a leader. The announcement of the opposition by movement of wisdom movement is a disintegration of the alliance of Reform and Reconstruction. Therefore, they can’t withdraw the confidence from the government. So, there is just question, why this blocs adoption apposition option in this time?

Perhaps, they want more of political gains during the negotiations about some positions in ministries structures and other commissions. The danger behavior of these political parties is mobilize their followers and public opinion to pressure on other political forces to grantee their partisan interests. It was used by the Sadrist movement also. So we can say that the recent protests of wisdom movement was partisan and limited. For this reason it rejected by other people as happened in Basra.

This province is the richest city in Iraq, so there are many of armed groups and armed tribes. So it has ongoing political conflicts, conflicting interests, and tribal conflicts. As well as, most of political parties has political, economic and security influence. For example, in spite of  wisdom movement supported Asaad Al – Eidani as a governor and it has nine members in provincial council, it called for large demonstrations against the federal and local governments because of bad services in the city.

In addition, all of the political blocs which announced and threatened to adopt the option of opposition don’t have a political project to reform the political and economic situations, therefore they didn’t offer an political alternative and programs to political reform.