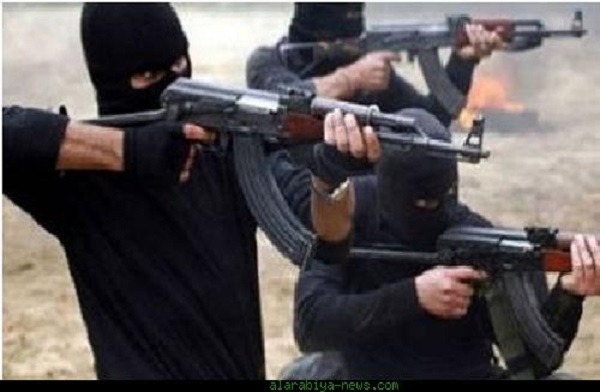 Researcher at the Department of Crisis Management – Center for Strategic Studies

Despite two years or more since the Arms Law have passed, but its implementation on the ground remains as a dream for every Iraqi citizen seeking to build a civil state with professional institutions, The obstacles that prevent the application of the law are many, including those related to the nature of the armed Iraqi society since the establishment of the modern state in Iraqi (1921) to the present day. Including what relates to the lack of seriousness of successive governments since 2003 till (the resigned government of Adel Abdel-Mahdi) in controlling or limitation arms to the state hand, which has become a real threat to the security and safety of civil peace and a threat to the national security as well.

In order to develop a law that accommodates the developments that have taken place, and to establish new controls for the possession and carrying of weapons, and the rehabilitation of the citizen technically to carry weapons, and determine the age of the person authorized to possess, or bear arms, and the organizing the devolution of the weapon, which the court decides to confiscate, has enacted the Arms Law No. 51 of 2017, which was considered effective from the date of its publication in the Official Gazette on 20/3/2017.

The law defines the types of weapons with firearms, war weapons, and also gear fiery, war materiel. it is possible to determine who can possess weapons according to what is stated in the law in the following points: The legislator specified the types of licenses to carry and possess weapons and to open weapons repair shops and the issuing authority is by the Minister of Interior. The law specifies the conditions for possession and bearing of arms that the person has completed twenty-five years of age. Be of good conduct and has not been convicted of a felony or misdemeanor involving moral turpitude and is suffering from a physical disability or mental or psychological illness that prevents him from using the weapon, provided that this is supported by a report from an official medical committee. To be technically qualified to carry a weapon or to practice the profession of selling or repairing according to a test run by the issuing authority. The legislator stipulates a prison sentence for anyone who smuggles weapons, their parts or equipment and trades in them without permission, and the penalty shall be death or life imprisonment if the crime was committed with the intention of spreading terrorism or disturbing national security or supporting any armed rebellion against the state and imprisonment for a period not exceeding 3 years and a fine of no less than one million iraqi denar and not more than five million denars everyone who was accused of carrying a firearm and had a license to carry it, and carried it while participating in demonstrations and gatherings against the government, While the penalty shall be imprisonment if carrying a weapon without a permit and with imprisonment for a period not exceeding one year, whoever carries, sells or repairs firearms without have a license from the issuing authority, and punished with imprisonment and a fine of no less than one hundred thousand Iraqi dinars and not more than two hundred and fifty thousand dinar or one of these two penalties for anyone who violates the provisions of this law or the instructions or data issued pursuant to it.

The law exempted the President, his deputies, the Speaker of the House of Representatives, his deputies, the Prime Minister, his deputies, judges, and public prosecutors from authorizing possession and carrying arms and authorizing heads of administrative units, judicial investigators, executives, bank managers, and employees of the rank of general manager and above to possess and carry the weapons by a document issued by the Minister of the Interior, and the foreigner may carry the firearm according to the reciprocal rule. The Minister of the Interior may loan government weapons to non-employees when the necessity and the public interest are fulfilled and they are retrieved from them when the justified reasons for that are disappear, And it is permitted for army officers, internal security forces, employees of the counter-terrorism and national security apparatus, the Popular Mobilization Organization, and the intelligence and peshmerga agency to carry arms with a document from the competent authority. This law has great importance in preserving peace and security, because it specifies the users of the weapon in an official manner, and this law came after demands that the weapons must be restricted to the state.

In conclusion, it is impossible to restore security and stability to Iraq in light of the presence of arms in the hands of groups and organizations that are outside the control of the state, whether these groups or organizations are friendly or hostile to the state and its security services, because the weapon that was not directed today against the institutions of the state may direct in the future, and this is a serious challenge facing the state of Iraq, from here we see that there are many calls from various segments of Iraqi society to the necessity of restricting arms to the hand of the state, And this demand is still an essential demand required by the demonstrators today, because they are more likely to be targeted by the weapons of irregular armed groupes whos become known as (the third party), It has witnessed several incidents including (sniping for demonstrators, assassinations and kidnappings of activists, armed robberies, and the “Sinak” bridg massacre, and other incidents that confirm the danger of weapons remaining in the hands of unruly people whos do not respect law and order.

On the other side, the high religious authority in Najaf has has stressed the necessity of restricting arms to the state’s hand, due to it’s dangers that it forms on the civil peace, It can also be said that keeping weapons outside the control of the state is a real obstacle to all the reform steps that Iraqies aspire as they rising against corruption and public funds thefts, and more than that uncontrolled weaponse raises the state of chaos in a peaceful society.