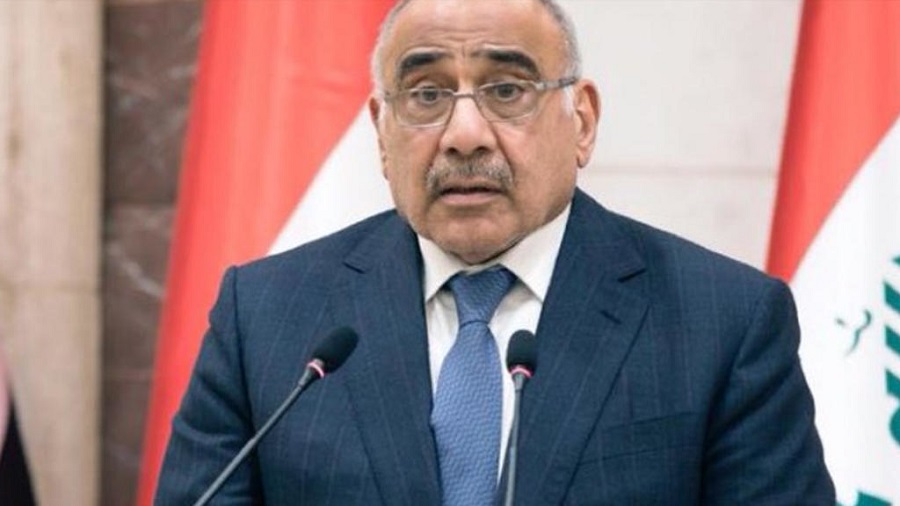 After the tweet of a strong cleric “Muqtada Al Sadr” the leader of the Sadrist movement in Iraq and the founding of Saeroon block, against the government who accusing it of changing from the government that govern by law to another govern by a riot, threatening of withdrawal from it, for that The Iraqi Prime Minister, Adel Abdul Mahdi, will be losing his strongest supporters, that opening speculation about his government’s ability to complete its current session.

The regional and local developments foreshadows that the talk of overthrowing the government and withdrawing confidence from its president is no longer merely media balloons. But it is a serious talk in the corridors of Iraqi political parties, and the question is no longer whether the government will fall or not, but when it will fall.

The current government was born outside the context of the electoral entitlements as a result of the inability of the political forces to agree among themselves on a solution satisfactory to all parties, and the conditions it produced have not changed, but increased complexity and persistence, especially after the emergence of clear divisions in the positions of the strong political blocs on several files such as: The file of the Popular Mobilization Forces (PMF), the file of the relationship between the Center and the Kurdistan Region, the file of the presence of the international coalition on the Iraqi land, the file of the US-Iranian conflict, the file of land and sea borders with neighboring countries, the file of counter corruption, the file of economic development and other files that showed an unfortunate absence in the unity of Iraqi sovereign decision, multiple loyalties forces participating in the government.

What made matters even more complicated and confusing was the overly conciliatory attitude of the government towards the forces who’s founded it. Yes, observers did not expect more from Mr. Adel Abdul Mahdi than he actually did, most of them saw this government as a government to declare a truce between the political parties and not an absolute government to implement its promises and fulfill its stated program. However, the performance of the government was disappointing too much, Mr. Abdul Mahdi did not have the  necessary charisma to get rid of the constraints and difficult pressures imposed on him, because the agreement to form his government between him and the influential forces in Iraq was not good intention and allows him to enjoy his full constitutional powers, It also seems that his personality and age did not support him to overcome these forces and build bridges with the popular street disgruntled to invest as a pro-alternative force used to ease the power of political forces and embarrass them in front of their bases and supporters, and the result was that his government became between two fires: the fire of a strong greedy and quarrelsome forces and the fire of a popular street, rising and critical and willing for change.

However, the period after the fall of the government of Adel Abdul Mahdi -in case this scene is realized- will be very difficult for the political parties and the Iraqi people together, The fall of the government will mean a return to the square before its formation in difficult, complex and more provocative circumstances, and will confuse the state projects and services provided to its people, which increases the curse of the street and upheaval. It will open the doors for regional and international powers to settle their accounts in Iraq with the presence of effective internal forces and ready to support foreign powers even at the expense of the interest of Iraq national interests, All these results will further consolidate the fragility of state institutions and support the mafia of corruption wishing to pounce on the remaining spoils, The unity and sovereignty of Iraq will be questioned and more strongly debated.

The problem of Iraq today is not Mr. Adel Abdul Mahdi, but it’s real problem in the absence of a comprehensive national project which the political forces rally around, the constitutional manifestation of the state is thing, and the operational reality is something else, Most of the main players have no desire to respect the law and the sovereignty of the state, and they see that they are above the law and sovereignty, but that they are the sovereign owners by themselves and their parties, The Kurdish partner’s perception of engagement with Iraq is still based on a transitional phase that is used to obtain more benefits and gains for the establishment of an independent Kurdish state -certainly these are daydreams- at some point. The political game is managed on the basis of seizing power for more wealth and influence rather than on the use of state-building. Under such a reality, any government will be completely or partially paralyzed, and its programs, promises and decisions will remain just ink on paper.

The chaos created by the influential political forces in Iraq on their own or with the help of outside powers will not lead to the division of the country -even if some wish to do so- but will further decline and delay its development, and the loss in lives and money, and reproduce the argument of Iraq’s need for an authoritarian government and strong leader, who will end its democratic dream, and that is certainly what it hopes and pushes towards it all of Iraq’s neighbors who fear for their legitimacy and want to hold on their thrones forever.

Restoring the legitimacy of dictatorship in the Iraqi political mind will face a big problem. Dictatorship is permanently penetrating into Iraqi conscience and history. It is the best solution when all solutions are unable to bring unity, security and regularity in the eyes of most Iraqis, being the easiest solutions, and the least stressful of reason and conscience, as it is easier for a people let down by political forces, and unable to change his circumstances for the better, and resent a life that does not want to continue to park to a dictator, he will be replaced by revenge on all the conditions he is living through, and through which he will get rid of any tingling of conscience resulting from his failure to achieve his dream of living a better life.

At last when did the dominant political forces in iraq realize that the continuation in their current thinking and behavior makes them dig their grave by their own hands, and destroy their future and the future of next generations, they will not find peace and dignity and safety when disaster strikes. Iraq is a very rich country. his people are distinctive and eager to regain their cultural glory strongly, and have a grace of geography that makes him envied by all, and has all the necessary qualifications to be the beating heart and the center of positive radiation in the Middle East and the Islamic world, but unfortunately does not have political leaders valued its value, and can invest Iraq potential resources for the good of its people and humanity. Once there are such leaders, their country will have amazing effects on the future of its country and the world. Then the issues of forming governments and choosing persons will not become a complex problem for Iraqis, but the dreams of their leaders and people will be greater than these small procedural issues.